Pro wrestling veteran and former WWE star Lio Rush, who officially signed with All Elite Wrestling on September 29, 2021, took to his Twitter and revealed he’s signed a music deal with Universal Music Group. , Thump Records and Virgin Music. Not only did Rush have a successful career in professional wrestling, but he also had a successful music career. Rush has been in and out of the recording studio since the summer of 2019 and has released a total of two EPs and two studio albums along with a few singles in between.

AEW Star Lio Rush also took to his Instagram and posted a number of signing photos, while also revealing that all the sacrifices he’s made since beginning his music industry journey there. has all these years are finally paying off but the hard work and sacrifices don’t end there and this is actually just the beginning as now he is looking forward to the next chapter of his music career and he is forever grateful to the fans for making this possible.

Rush has been heavily involved with the next hip-hip compilation album that AEW will release next month for Black History Month and Lio would even reveal a few weeks ago that he will be releasing his third 5-track EP in February entitled “Knife Talk”. ”

Rush made his All Elite Wrestling debut at last May’s Double Or Nothing PPV, when he competed in the Casino Battle Royale as a Wild Card, but Rush unfortunately suffered a shoulder injury in the match. Lio Rush was apparently not under contract with AEW at the time, but he had some sort of handshake deal with AEW President Tony Khan as Rush was still under contract with NJPW. Lio Rush then announced shortly after his very first AEW appearance that he would be retiring from professional wrestling due to the injury he suffered at Double Or Nothing.

Lio Rush then made his official AEW Dynamite debut on the November 10, 2021 episode, along with partner Dante Martin, when they defeated Matt Sydal and Lee Moriarty. Rush has been involved in a storyline with Team Taz and Dante Martin, while making guest appearances on Dynamite, Rampage, and the AEW Dark and Dark: Elevation YouTube shows.

Lio Rush took to his Twitter several days ago and announced that his AEW contract was set to expire on Monday, February 14, 2022, and he would then become a free agent. According to some rumors and speculation, Rush’s comments regarding the controversy between Big Swole and Tony Khan are the reason why the AEW star hasn’t appeared on AEW TV lately and is also believed to be the reason for his eventual exit. promotion. , but this remains to be confirmed. Lio Rush has also worked for promotions such as Ring of Honor, Combat Zone Wrestling, and WWE, but it seems Rush is now focused on his music career.

You can check out the related articles below: 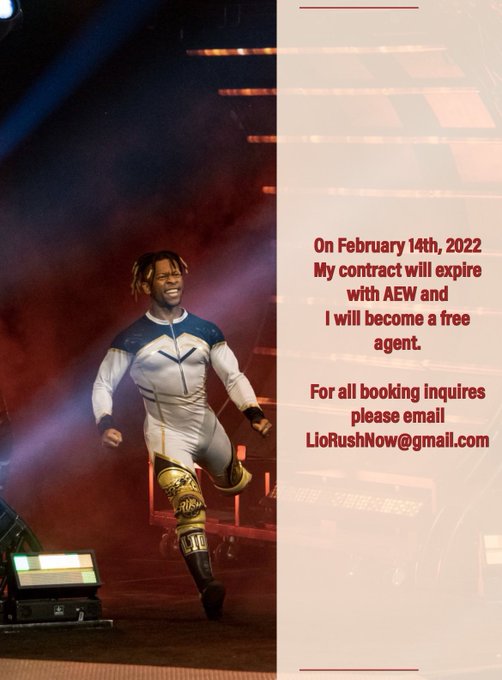 I will soon have a date and a project name for you. To be fowarding something. I can confirm this will be another 5 leads for you guys. ✌🏽

I’m probably twice as excited for this project as for Not Found. 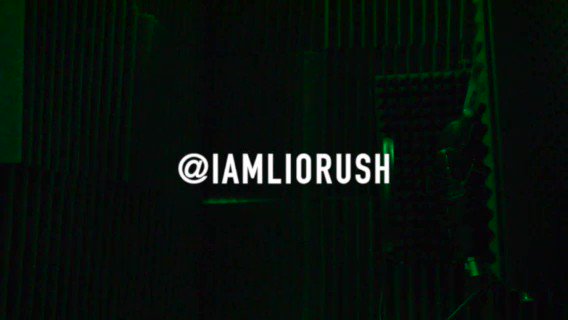 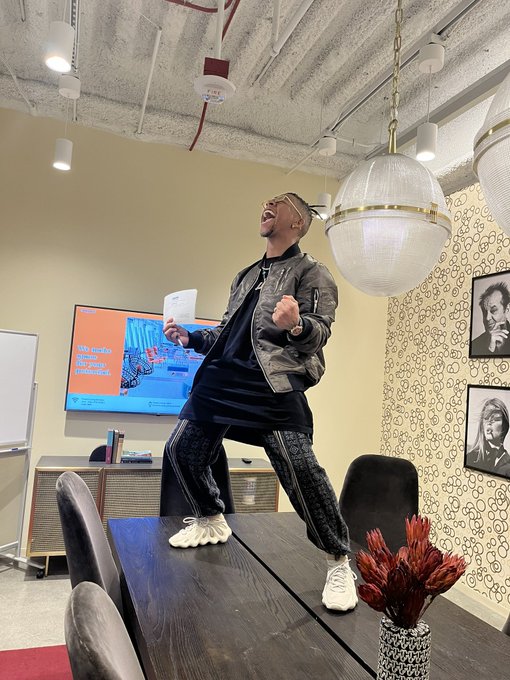