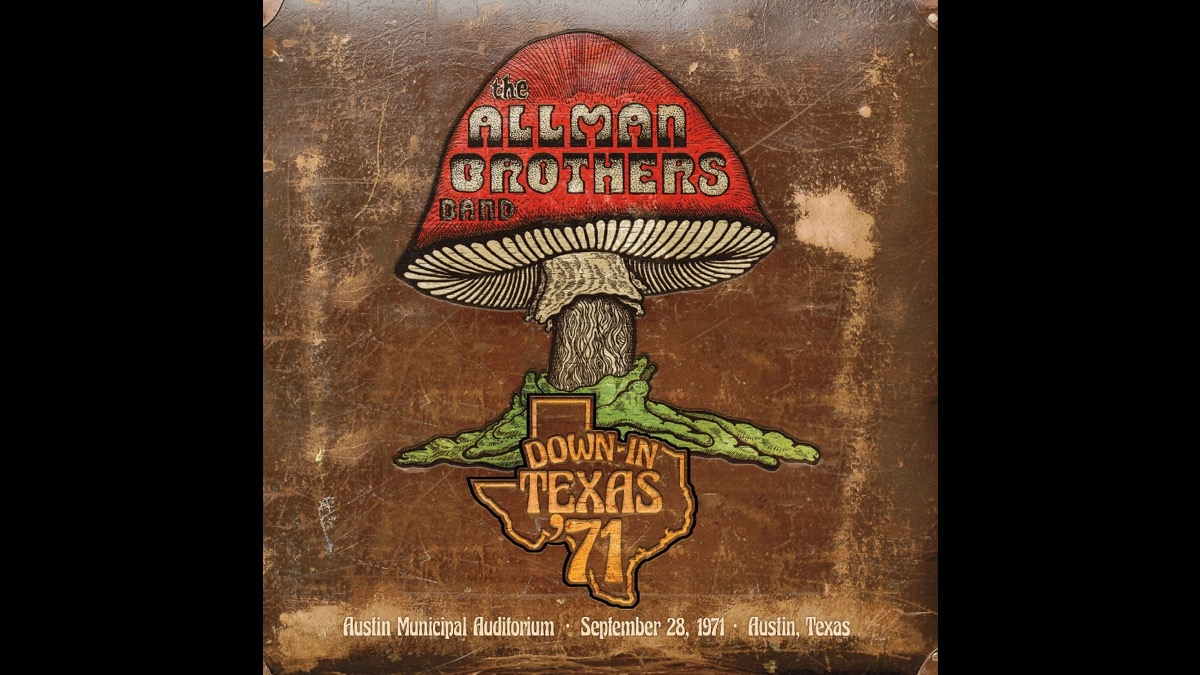 Recorded September 28, 1971 at the Austin Municipal Auditorium in Austin, Texas, the album commemorates a historic performance and time for the iconic band. The album was first made available on March 26, 2021 (anniversary of the band’s formation) as an exclusive release available only digitally and in the Big House Museum’s Gift Shop and Online Store, and will now be offered in retail stores.

The nine-track collection includes “Statesboro Blues”, “In Memory of Elizabeth Reed” and “Stormy Monday”, among others, and as a bonus feature only available on the physical CD is an exclusive radio interview with band members Berry Oakley and Duane Allman. , recorded only a few months before this performance.

Down In Texas ’71 captures a special snapshot in time during the landmark year of 1971 for the Rock & Roll Hall of Fame band. Coming two months after the release of At Fillmore East in July and performing a month before Duane Allman’s death in October, the Austin show features ABB’s original lineup – Duane Allman, Gregg Allman, Dickey Betts, Berry Oakley, Butch Trucks and Jaimoe – at the peak of their creativity. An innovative “You Don’t Love Me” and the jazz-inspired “Hot ‘Lanta” give clues to where the band might have taken their music if Duane had lived. Additionally, Down In Texas ’71 features saxophonist Rudolph “Juicy” Carter seated on six of the CD’s nine tracks, which is the fullest appearance available with the band’s first incarnation. Juicy and Jaimoe had played with Percy Sledge, and it was Juicy who coined the nickname Jaimoe for the drummer born as Johnny Lee Johnson.

The album was touted as a “must-have” for ABB enthusiasts. Jeff Tamarkin of Relix wrote, “There’s no denying the power of the Allman Brothers Band on this live recording…To hear the dueling guitars of Dickey Betts and Duane Allman is to be reminded that they were truly one of the most creative and intuitive guitar teams in rock, and Gregg Allman’s charisma as a vocalist and keyboardist is already at its zenith.The members of the rhythm sections are not left out either.

American songwriter Lee Zimmerman noted: “The opportunity to witness the founding band in its simplest incarnation, with both Duane Allman and Berry Oakley front and center before the tragedies that took their lives less than year apart is in itself well worth the time taken for further exploration… Allman’s trademark slide guitar gets the prominence it deserves and dual propulsion from Butch Trucks and Jaimoe is, as always, a singular driving force. Me Wonderin’ and ‘Done Somebody Wrong’ provide the obvious highlights…”

Track listing for Down In Texas ’71:
Statesboro Blues
More problems
Don’t let me wonder
hurt someone
Output
In Memory Of Elizabeth Reed
Stormy Monday
You do not love me
Hot ‘Lanta
Berry Oakley and Duane Allman 06/06/71 Houston, TX interview

Allman Brothers Band’s ‘Down In Texas ’71’ Coming Next Month