The 16-year-old plays saxophone in the jazz orchestra and clarinet in the LHS wind ensemble. He said that when school group principal Phillip Onishi asked him if he would be interested in the guest DJ spot, he jumped at it on “an interesting opportunity.” He was asked to provide Beeson with an hour-long playlist of jazz songs, which was then reduced to around 45 minutes to allow time for talking.

Due to “last minute” technical issues with his home microphone, McCormick said he went to the radio station to record his spoken word with Beeson and learned that he was the first DJ. invited to appear in person for a while due to the covid19 pandemic.

He said that when asked to compile a playlist, one song that immediately came to mind was “Moment’s Notice” by John Coltrane. It’s a song “pretty much saxophone-based,” said McCormick, who “had just caught my attention quite recently and it was just stuck in my head the whole time.”

Another song he made sure to include was “Funky Snake Foot” by Alphonse Mouzon. The song “contains a saxophone solo, but I wouldn’t say it’s like a saxophone-focused song,” McCormick added. “I don’t just listen to music with crazy saxophonists, I think all music has beauty, and I don’t think I should limit the music I listen to – to saxophone based music . “

While creating the playlist, “It was just what stuck in my head, I wasn’t going for a particular genre or anything – it was just what I had hummed in the halls”, did he declare.

McCormick first became interested in jazz music in seventh grade after a performance by the eighth grade jazz group at his school. â€œI heard them and I was hooked,â€ he said. “I knew, OK, I want to be in this group.” 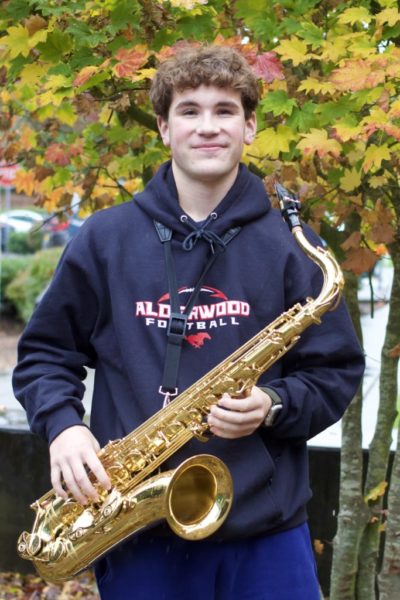 He had been playing the clarinet since fifth grade, “but then I learned the saxophone and have been with jazz ever since,” McCormick added. “The only reason I chose the saxophone was because I wanted to be in a jazz band.”

He started out playing the baritone saxophone the following year and has since also learned tenor and alto saxophones. â€œFew of the saxophonists in my school are fluent in all of them, but I am,â€ said McCormick. â€œSo sort of just fill in whenever I am needed, and so this year it was tenor saxophone, but I’m not complaining – I like to play with all of them. “

What he really loves about jazz music, he says, is the feeling of freedom it offers. “Usually there is written music and you can obviously play it in a very simple and technically correct way, but I feel like a jazz band involves or requires a lot more emotion to play it with. power, â€McCormick said. â€œIt’s always interesting to hear how different people approach the way they play their jazz music. I really like learning their different approaches and sort of understanding the whole mindset – like what they think when they play because it’s really interesting how playing the exact same song with two different mindsets can completely change it.

McCormick said he also played in a “pretty unofficial and not really serious” jazz combo outside of school. â€œIt’s really fun just jamming with friends,â€ he added. â€œWe’re doing it just for fun,â€ although â€œwe’re planning to do some minor performancesâ€ in the future.

Playing the saxophone, he said, â€œallows me to be really unrestricted, I guess in a way. I feel like I don’t have to work so hard to say what I’m trying to say through the instrument and I think it gives me more freedom of expression and just more freedom.

McCormick noted that he even occasionally jams with his father Erik, who plays drums and guitar – although the elder McCormick generally enjoys playing styles of rock or heavy metal music. â€œI just brought my saxophone over there to try and do some crazy rock and roll saxophone solos,â€ he said. “And then sometimes he plays a jazz rhythm and then I work on creating a melody or improvising.”

McCormick is still deciding on his long-term plans after graduating from high school, but he is certain that â€œmusic will always be a part of my life. I guess at this point I’m just trying to figure out if this is going to be involved in my life professionally or just in some way (like) a side hobby.

He’s taking Running Start classes at Edmonds College and is even considering the possibility of a career in teaching music. â€œMost music careers aren’t very stable and secure I guess, but it’s like a real full-time job and I feel like it’s something I would appreciate,â€ he said. -he adds. “I have to think about what I’m going to do, but I know I shouldn’t be making a decision like fully committing to something now.” 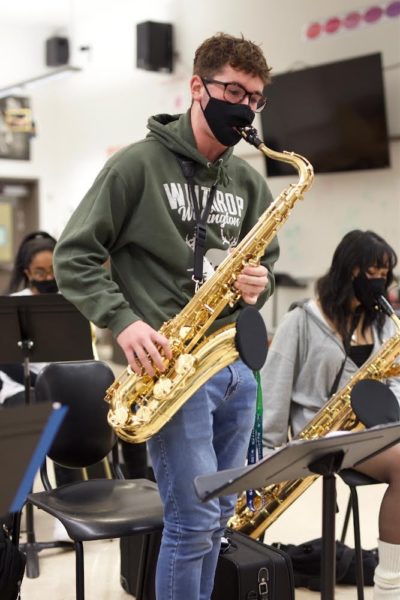 McCormick said he usually listens to jazz music on Jazz Classics or All New Jazz playlists organized in the Spotify app. He added with a laugh, â€œI don’t (usually) like to listen to radio because I can’t stand commercials, so I hadn’t listened to KNKX too much before (the guest DJ spot). But now I listened to them like every day to see if there are any good songs.

He added: â€œI came dangerously close to starting to collect vinyl records. But I know that once I get started, it will only burn a hole in my wallet – it’s definitely something I’m thinking about. “

McCormick’s guest DJ spot on KNKX can be heard here – at the top of the profile.