Album release signature: Keep the circle intact – A tribute to Roky Erickson (Light in the attic)

A free afterparty continues at Little Darlin ‘in South Austin, where Austin institution of tribute producer Bill Bentley, The Bizarros, performs from 7 p.m. to 8 p.m. alongside Freddie Steady & Friends (8-9) and Coltern Cerny ( 9-10)

Following a historic album has been an existential dilemma in the music business since Thomas Edison invented the phonograph in 1877. Changing the model of the predecessor or reinventing the Victrola? And if the work in question was a tribute plate from 1990, Where the pyramid meets the eye, 22 ripe and juicy covers ripped from the Roky Erickson / 13th Floor Elevators vineyard and released on Halloween, including unique copyright borrowings from ZZ Top, Butthole Surfers, REM, Jesus & Mary Chain, Sister Double Happiness (Gary Floyd), and more?

In the case of Keep the circle intact: a tribute to Roky Erickson, you revisit the source with an LP that runs like a bonus record to the original.

The last time around, women proved to be rare in the boys’ club, with Austin’s Lou Ann Barton standing out for her jagged “Don’t Slander Me” more than her run with the aforementioned faction, and Ann Magnuson casting a spell. deep and deep on “You Don Don’t Love Me Yet.” Here, the wolves reign supreme. Neko Case unleashes her bugle shout on a largely a cappella to heart and heart national anthem (“Be and Bring Me Home”), while country queen Margo Price continues to rock and roll like one woman Fleetwood Mac with a Nose Slide – Burning injury on Erickson’s own Hound of the Baskerville, “Red Temple Prayer (Two-Headed Dog).”

Meanwhile, since Lucinda Williams has donned the gravity of a doctorate from a Southern Gothic pastor, she can’t sing badly, so her muscular, propulsive statement of universal truth – “I will miss you, baby, when I’m gone“- sounds and echoes with inevitable reverberation on” You’re Gonna Miss Me. “Not to be outdone, Chelsea Wolfe follows in the footsteps of John Wesley Harding’s nimble” If You Have Ghosts “on Where the pyramid meets the eye rotating from the pop core of its predecessor with a near moan that bristles with sultry tension amidst digital cicadas. When she sings “I don’t want my fangs to be too long“, boys and girls fans will turn bright red.

Men with guitars do their best to keep up with the beat.

Returning for another round of reinventing his mentor and friend, Billy Gibbons crunches â€œ(I’ve Got) Levitatingâ€ like a ampoule of amyl nitrate, with ZZ Top’s dual-track main throat alongside electric jug buzzes. has a Eliminator, the tempo “Got Me Under Pressure”. In less than three minutes, the drug kicks in immediately and off you go to la-la land: the 13th floor dimension between precognition and X-ray specs. Ty Segall turns “Night of the Vampire” into a function of John Carpenter’s creature, his buzzing 80s video game lights up – Space invaders meets Genghis Tron. Jeff Tweedy’s Beatlesque introspection on “For You (I’d Do Anything)” recalls Wilco supporting Daniel Johnston, another sadly disembarked ATX musical scholar.

The Black Angels, Gary Clark Jr. & Eve Monsees, Alison Mosshart & Charlie Sexton, and more on May the circle remain intact. Black folk jangle by Lynn Castle and Mark Lanegan for “Clear Night for Love”, the title track of a 1985 French EP also featuring “You Don’t Love Me Yet”, “Starry Eyes” and “Don’t Slander Me, “even echoes producer / conceptualist Bill Bentley’s original successor to his passion project. Where the pyramid meets the eye, memorial from another world 1999 More Oar: Tribute to the Skip Spence album. As the duo hug each other astride an organic fiber porch warbler, they transform the bodily into ethereal like Roky Erickson himself. – Raoul Hernandez

Hannah Read returned to her hometown of Silsbee, Texas last fall after a stint in Los Angeles where the cult indie folk figure also known as Lomelda said. Texas monthly she “was a foreigner”. The homecoming followed the transformative LP 2020 Hannah, a masterclass in Read’s simultaneous haunting musical expanse and in the comfortable but emotionally bristling art of song. She moved to Austin with a first performance, joining local artisan Claire Puckett (Mother Falcon, Hikes) for a return to the stage. On the latter’s May EP Dust, an intense guitar core with classical influences plunges delicate folk melodies into ghostly depths. – Rachel Rascoe

There should be a part of this show where Ben Buck blows 24 candles on a cake while beatboxing. The Austin-born human rapper, beatmaker and drum machine – known for his rhythmic vocal prosody, clever puns and rowdy demeanor – claims a generally relentless 2021, releasing a mouth-watering instrumental hip-hop LP Whatabanger, a series of digital singles and a must-see collaboration with the brass section Big Wy’s Brass Band filmed at his family business, Antone’s Record Shop. Friday’s late night doubles as a launch show for Aux Cutter, Buck’s band with veteran producer Kevin Naquin and rapper Nate Thee Great. Chicago duo Palmer Squares, who are betting on the nifty pun, and Denton rapper / beatmaker Pudge, join in the heckling. – Kevin curtin

What Olivia Rodrigo hoped to create with Sour, Christine Renner executed by triggering an emotional whirlwind Heartbreaker on the best post-breakup album list. Light-hearted and good-humored, the opening “In Love With Love” explores the honeymoon phase of desperate devotion and charisma written by an echo of cascading drums and upbeat guitar. The title track “Heartbreaker” rejects blame between lovers with heavy bass as Renner states, “Didn’t I tell you I’m a heart breaker / Don’t forget I’m a damn good lover.Blonde riffs take over ‘Sweet’, while ‘Young Girl’ runs to deep chords and jazz. The homage to sanity and self-reflection ‘Drown’ ends the retro edit with pure punch and heartache. – Morgan-Taylor Thomas

Kalu James approached artistic makeover before the pandemic, but the appearance of his quintet at the end of June at a sold-out continental club highlighted new heights of performance. The Nigerian-born singer, who had previously delegated rhythm guitar duties, possesses powerful leader moves to complement his inspiring presence. The recent singles “Downfall”, about the love that conquers all, and “Mirror”, about how we see ourselves in our saviors, hit hard. Meanwhile, Danilo, of Brazilian origin, owner of a soft and slender voice, baptizes his All that I want Bewitching melodic pop EP. Fresh out of an exuberant guest seat on Matthew Logan Vasquez’s hit parade at the Vegas Hotel last Saturday, Austin songwriting sage David Ramirez takes the mike in second, after his frequent collaborator and asked producer Jason Burt, performing again after headlining as Electrophunck. – Kevin curtin 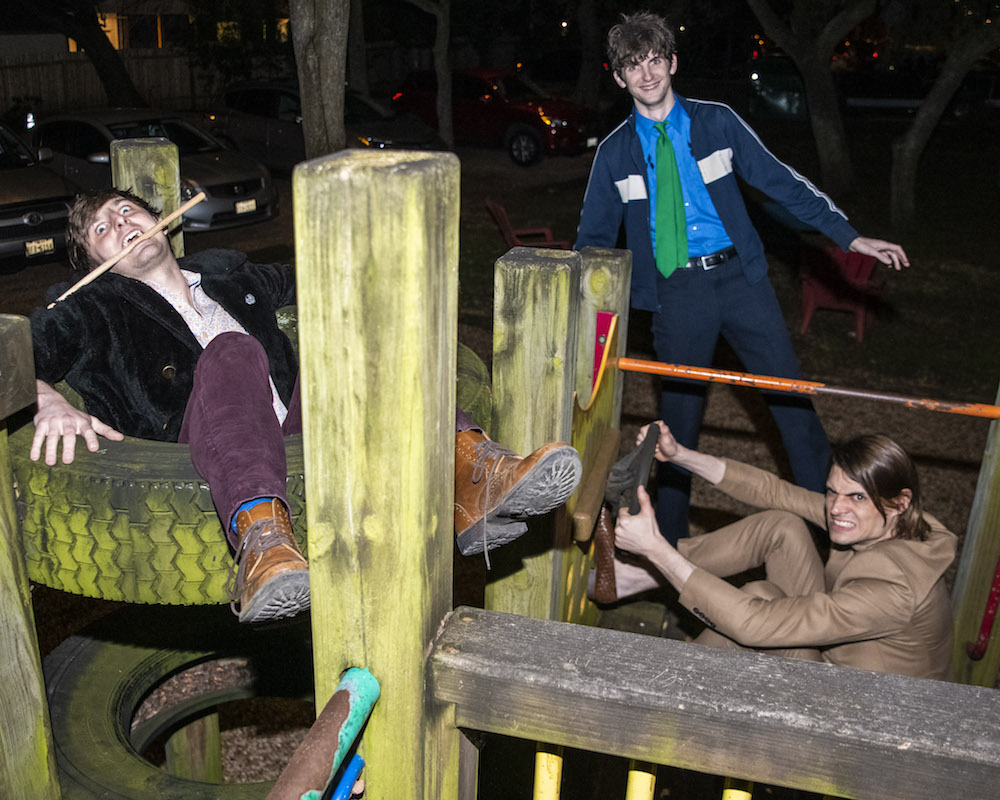 Quin Galavis went through some shit before the pandemic even hit, as explored in solo albums including 2019 Victim / Non-victim. That didn’t make the resurrection of his hibernating post-punk trio The Dead Space any less surprising. Seven years late, second feature film Chlorine sleep highlights the tension-saturated chemistry of the local trio. Which makes this show with Borzoi at the famous pizza punk joined the Parlor a clever pairing. Local noise rockers, who share the 12XU roster with the Galavis team, have been promising a new EP since 2019, so new songs are expected to be released alongside the required fan favorites. Between the creaking noise of dead space and the impetuous crunge of Borzoi, the crust can burn and curdle the mozzarella. – Michel toland

Melodically thought out and deliberately handcrafted, Tortuga Shades debut album Turning heights that some only reach towards LP n Â° 3. The local quartet produces a relevant and woven collection of indie pop / rock music forged on the repetitive guitar motif similarly found in a creation by Neon Trees. Remembering the trials and tribulations of the forties, “Comes Around” mesmerizes listeners with a catchy melody and relevant lyrics. “It’s easier to dive back into what seems good to me / I have often been broken down,Nadia Lopez sings followed by an epic guitar break from Gian Diliberto. Wylie Sanchez’s main but relaxing drums on “Year of the Dog” launches bassist Casey Popp a home run for “BMS” (Black Messenger Sparrow) and ends with another ripper from Diliberto. – Morgan-Taylor Thomas

Mary Gauthier writes songs like a balm, healing even as they deepen the wounds of both personal and collective trauma. His new book, Saved by a Song: The Healing Art and Power of Songwriting, presented as a treatise of his process and his belief in the redemptive potential of storytelling – threaded through a memoir of particular clarity and epiphanies. Gauthier, who only started her musical career at the age of 35, finds the art of confronting her past and the grace of helping others take control of their narratives, an empathy she explores. central to her work with Austinite Darden Smith’s Songwriting with Soldiers program and the Grammy. – nominated album 2019 Guns and rosary. Gauthier sees songs as reagents that can change the world, the personal becomes universal and vice versa, and nothing expresses this power better than his own music. – Doug freeman 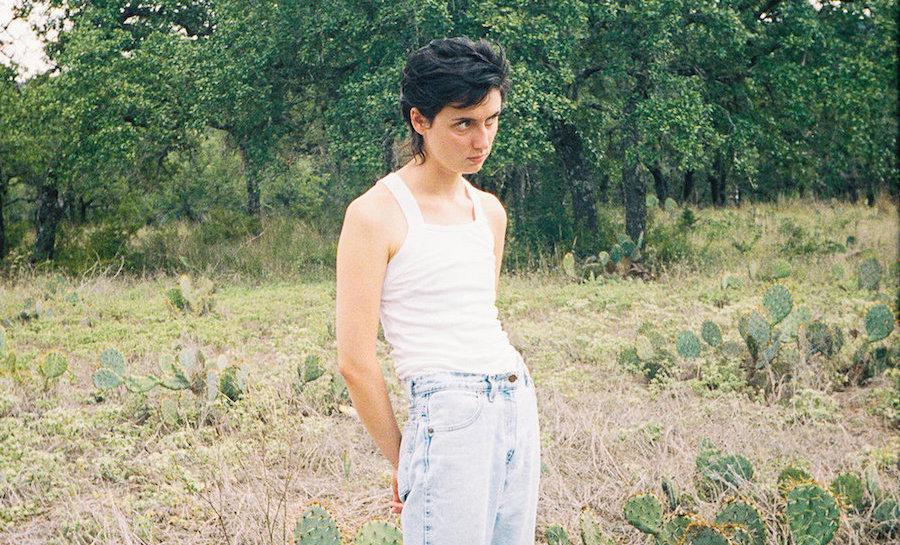 Since the unveiling in February of the debut of Katy Kirby Cool and dry place, I kept the Spicewood native at the top of my list of pandemic albums to watch live. The downright assertive LP from local brand Keeled Scales serves up a raw and refreshing whirlwind of folk and indie rock. Unexpected twists and observational humor fuel the great catharsis of “Juniper” and the delicate communion of “Tap Twice”. While Kirby’s September opening dates with Waxahatchee are already full Mohawk, long-haul experimenter Damien Jurado offers a great opportunity to experience Texan. Renowned Seattle singer-songwriter, known for his expeditions through roots and electronics, stripped down on May’s homemade album The monster who hated Pennsylvania, Jurado’s first release on his own label Maraqopa Records. – Rachel Rascoe