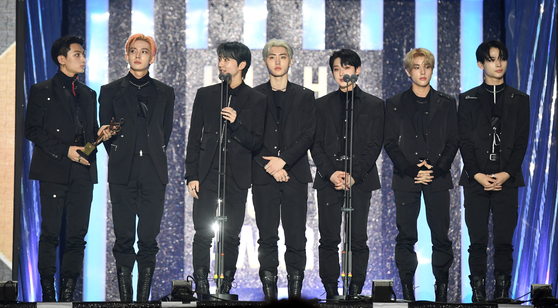 After the global success of boy band BTS, entertainment agency HYBE aims to create opportunities for its next-gen artists, such as Tomorrow X Together (TXT) and Enhypen, to thrive. The groups have already taken international music markets by storm, such as the United States and Japan.

According to the Global Music Report 2021 published by the International Federation of the Phonographic Industry (IFPI) in March 2021, the United States and Japan are the two main music markets in the world.

Forbes published an article dedicated to TXT under the title “Tomorrow X Together Enjoyed The Biggest 2021 On The Billboard 200 Albums Chart Among K-pop Acts”.

He compared TXT to other Korean artists who found success on the Billboard charts in 2021, but singled out the boy group, saying, “There’s one who’s been more prolific and apparently more successful than any other. group or soloist of the Asian nation.”

Another Forbes article published on January 9 cited that the fifth best-selling CD in the United States last year was the group’s second full album “The Chaos Chapter: Freeze”, which sold 215,000 units. last year according to Billboard. year-end MRC data report.


MRC Data is a music business and consumer data and analytics provider headquartered in the United States. It serves all digital service providers, labels, airplay and music retailers.

The repackaged version of the second album titled “The Chaos Chapter: Fight or Escape” ranked No. 46 in the Top 50 Albums of 2021 by American entertainment magazine Rolling Stone, the only album by a K-pop artist to be on the list. “The highlight is the viral TikTok ballad ‘Anti-Romantic,’ a tender story of heartbreaking realism that showcases the group’s impressive vocal and emotional range,” the magazine wrote. Both albums were also mentioned on the list of the best albums of 2021, according to the editors of Teen Vogue.

Enhypen has enjoyed its share of popularity in Japan. The group’s first Japanese EP “Border: Hakanai”, released in July 2021, topped Oricon’s weekly singles chart after selling 200,000 units in the first week after its release. In the month since its release alone, it has sold a total of 350,000 units and earned platinum certification from the Recording Industry Association of Japan for selling over 250,000 units.

“Dimension: Dilemma” ranked No. 17 on the chart after other K-pop groups such as BTS and Seventeen.