LEXINGTON, Tenn. – A different kind of music festival is on its way to West Tennessee. But not everyone is happy with it.

It’s been two months since the announcement of the Tennessee Metal Devastation Music Festival coming to Lexington.

It’s a 12-hour concert scheduled for October 8 at Beech Lake.

“We have 13 bands from across the country playing this. And many sub-genres of metal will be represented there. And after about 6 or 7 p.m. it becomes more extreme metal, which is for more fans like death and black and stuff like that,” said Raven Moonla, the co-owner of Metal Devastation Promotions, LLC.

However, some locals disagree with the idea of ​​having a heavy metal festival in their town. So much so that it has created some controversy online.

Many people are voicing their opinions on social media, saying this concert should be canceled. Comments ranged from worrying that it could create a satanic environment, to some saying prayer is needed and a revival to make sure it can’t happen.

“There are a lot of deeply religious people in this town who feel like we’re going to open a portal to hell, summon Satan and corrupt their children, which is kind of funny because we’re all really nice people” , Moonla said.

Moonla says the music festival is a family event. And while it may go against the traditional grain of Christianity, it is not anti-Christian.

“This music is no more evil than a horror, or a haunted house, or other things people take their kids to during Halloween season,” Moonla said.

Most people we spoke to in Lexington on Thursday had no idea the music festival was even coming to town. But some say they can’t wait. 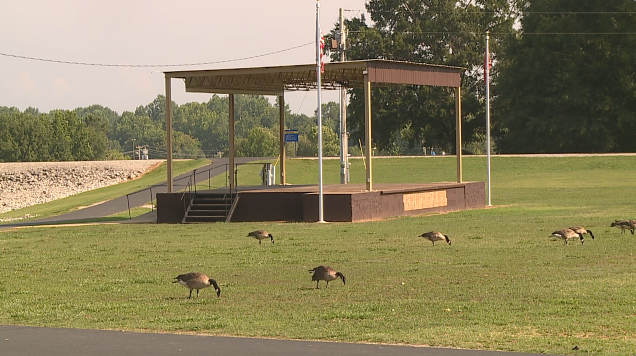 “I think that would be great. I do. I think West Tennessee in general could use a lot more culture, and I think trying something new is never a bad thing. And if that’s going to get 3,000 people here, all of you, the economy could really use that one,” said Beech Lake visitor Desarae Mitchell.

“We’re all really tired of having to drive to Nashville or Memphis to see this type of music,” Moonla said. “So the residents here have a really cool show to go to every year, something to look forward to.”

You can buy tickets for the Tennessee Metal Devastation Music Fest here. You can also stay up to date with the festival through Facebook.